SHOOTING MORANA by JAMES
This was day one and shoot one and was quite a challenge to complete. Firstly in terms of logistically challenging trips up the mountain with all of the kit. Three cable cars would carry us and the crew to the top but the problem being the time getting there and then setting up.
The day of the Recce was a great day but today very misty & cloudy, these tended to roll in and out and if we were lucky we could get the shot when it cleared which it did.

Morana a Czech model called (FEL) and working in Germany was great at reading and understanding my  direction and ideas often adding hers but more importably coveting the masterful look which was needed. It all mapped out to us having around 3o mins to shoot the look which sounds easy but as you can see from the shot, not a lot was being worn by the model and with the howling winds even in the sun it was a chilling -1c.

We arrived at our Pension in Austria late at night, so on the morning of the location scouting at hinter-tux we awoke to truly breathtaking stunning scenery! Team Nader James, Phil and Mary and of course Marco(Producer) convened for coffee and breakfast then proceeded en route to the summit of Hintertux some 3000m above sea level.

Three cable car journeys later there we were, pretty much on top of the world! This was the sort of scenery that stays with you for life! Something of which team Nader often reflect back upon. After sourcing the perfect locations for the shoot we took the journey back down into Hintertux and relayed the order of the day to the rest of the team.Day two the team ventured to the top and we set up for the shoot, despite the awe inspiring views the weather at such altitudes is subject to quite severe and frequent changes so proved at times somewhat challenging, however the resulting shot makes all of this more than worthwhile, a truly iconic shot!

The map below gives you an overall idea of the location we had to shoot in, the mountain we were on exceeds 12000 ft and does give you the breathless feeling. We were there in August but as you can see from the material video etc more than enough snow was available and many people were popping up for the afternoon ski before dinner. Hintertux and the mountains created a super backdrop which for us was awe inspiring to work in. What you can see from the images above, not a lot of cropping or montage but in post I created a more dramatic sky from the same image but overlaying some extra clouds from another shot. A cool blue effect was added to create more of an icy feel to the image and the levels have been pushed to create a more dramatic and impactful image. Some minor edits in terms of removing the wire between her legs in the distance and additional bird creates a superb final effect which was used for the Calendar. The model fel carries of the shot in a dramatically fashionable way even thought the temperatures standing there for approximately an hour were extremely cold.

A single light source powered from a battery pack created the mystical lighting that was required by the client and technically it gave me enough contrast to pull her out away from the background and create a little depth even though using a wide-angle lens.

You can see below a generic video which was used in the Lambertz marketing campaign in Europe and UK it was featured in Stern magazine and in UK the Mail plus numerous news and online blogs. James was interviewed many times and in fact think did over 16 interviews and opinions on the shoot and how it all went.

A GALLERY OF BEHIND THE SCENES IMAGES RELATED TO DAY ONE AND SHOOTING OF GODDESS MORANA WITH MODEL FEL, AT 3200M 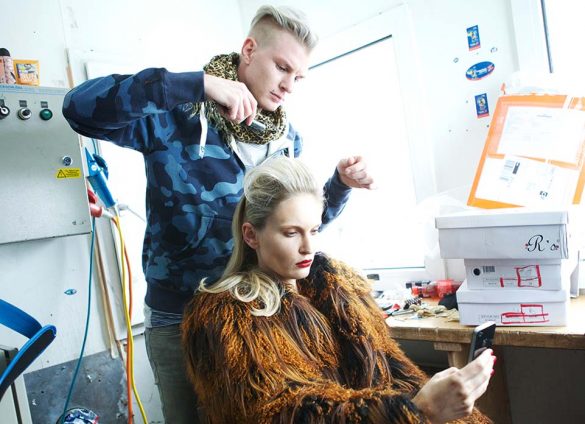 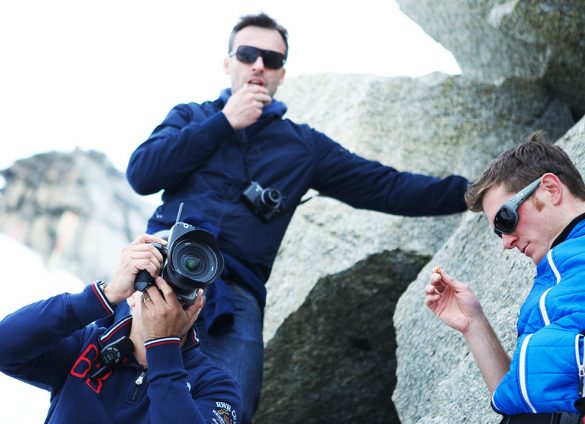 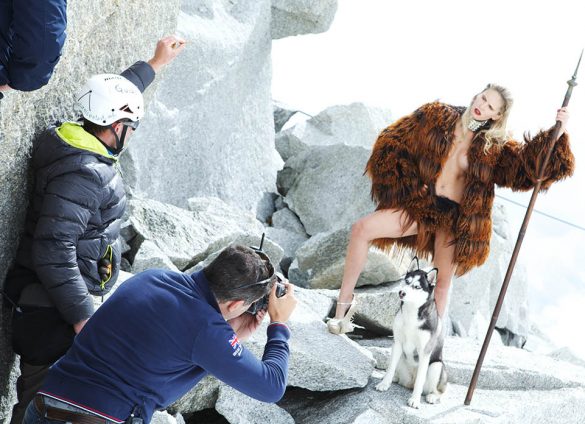 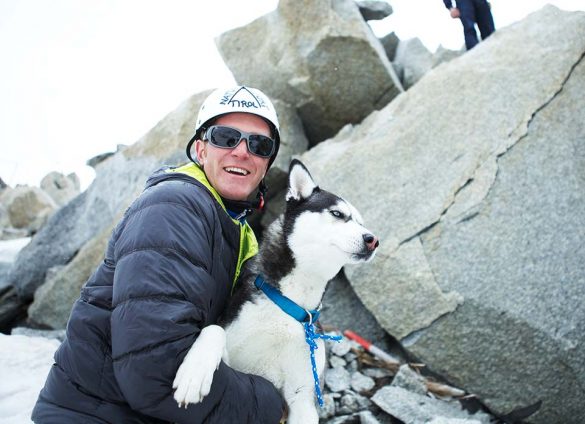 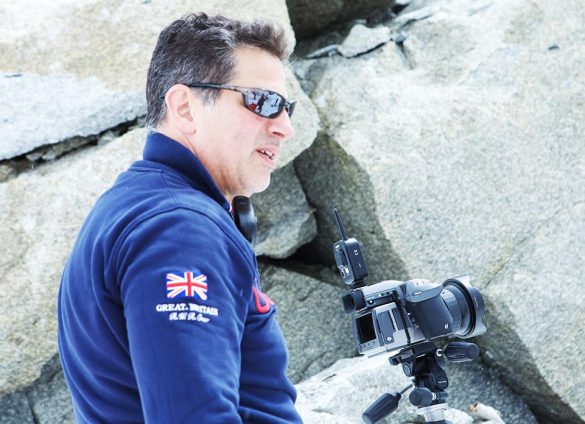 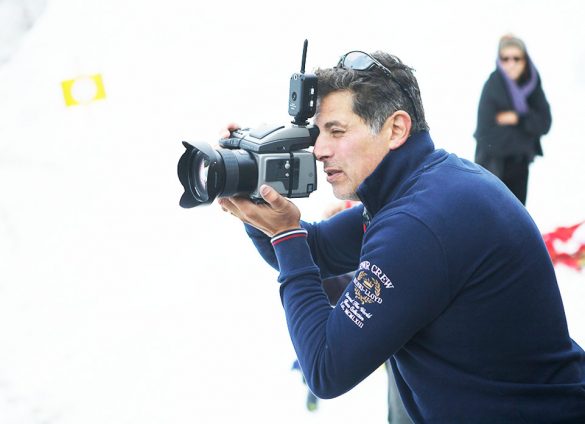 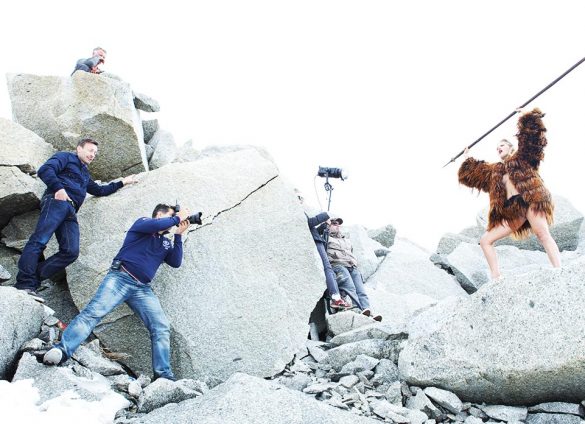 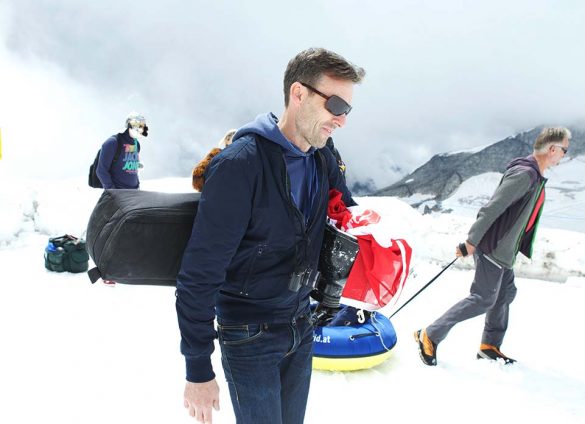 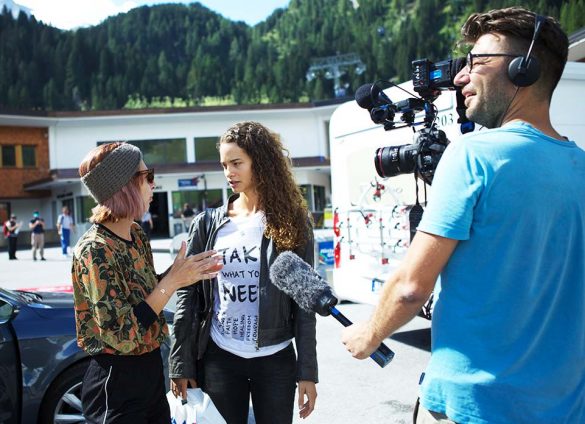 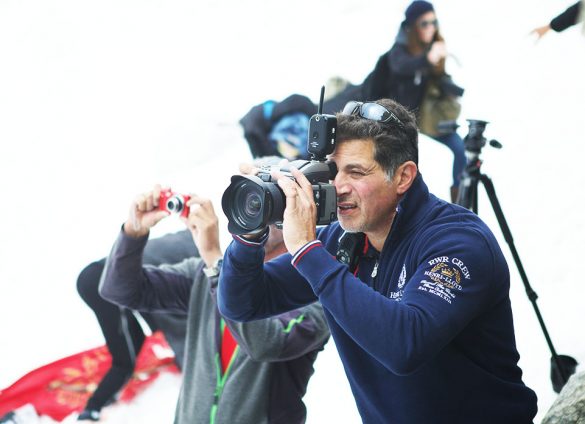 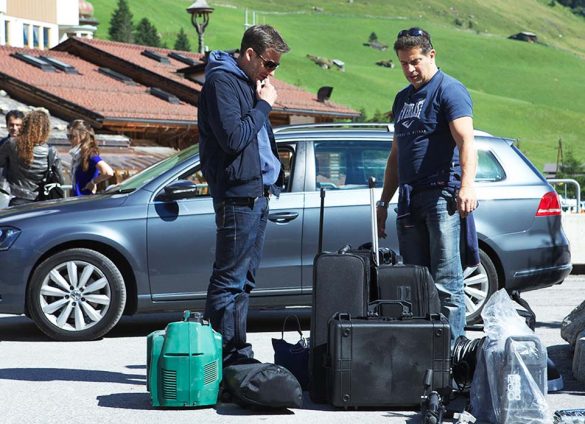 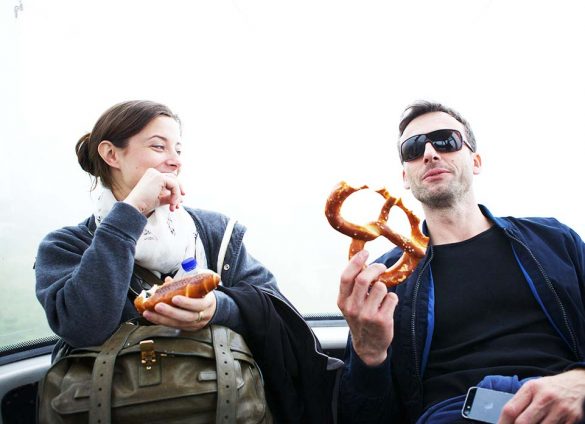 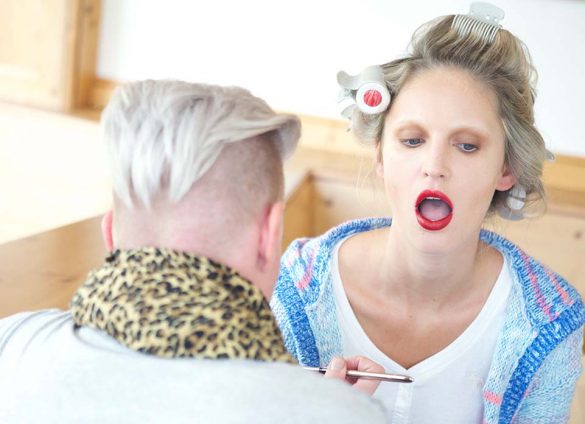 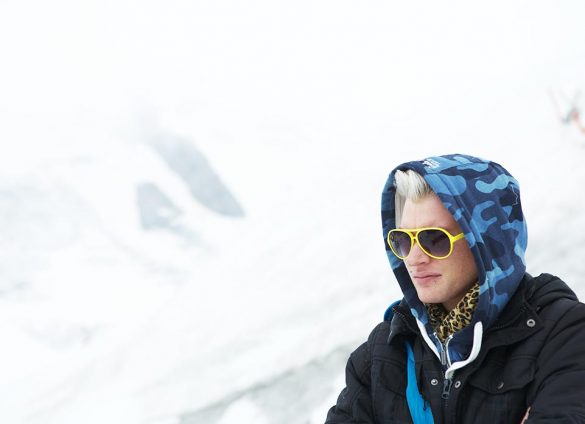 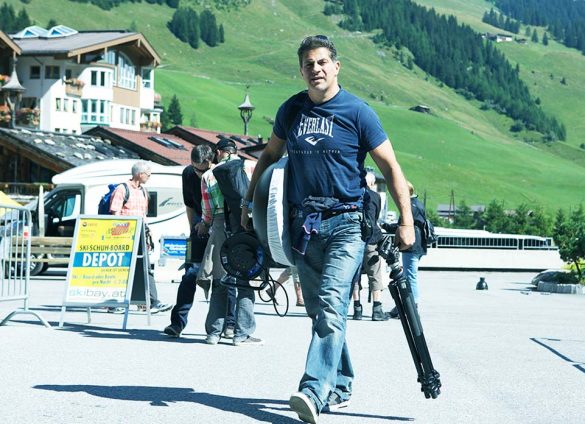 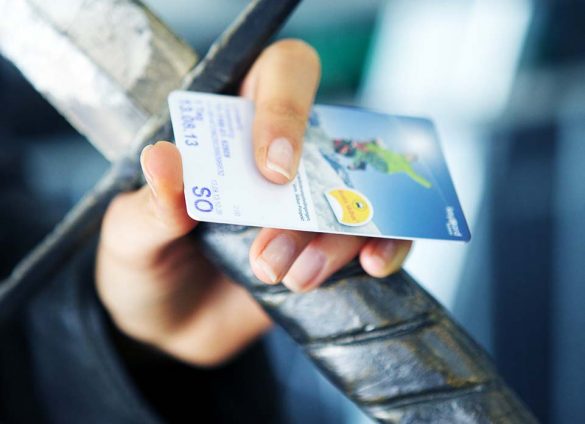 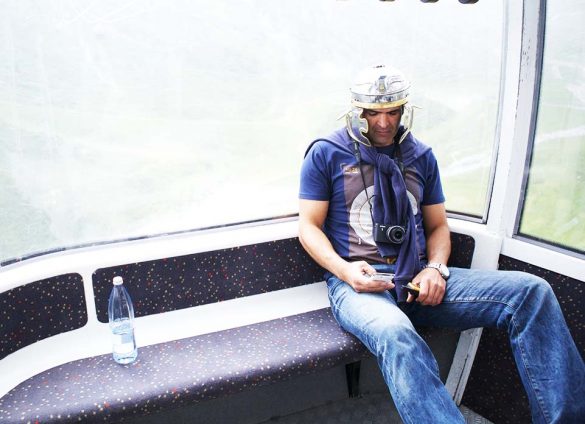 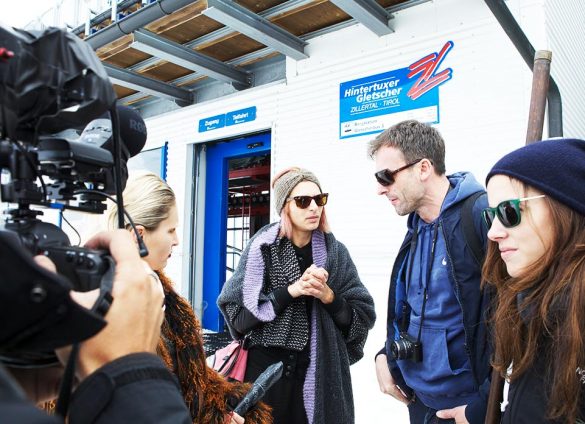 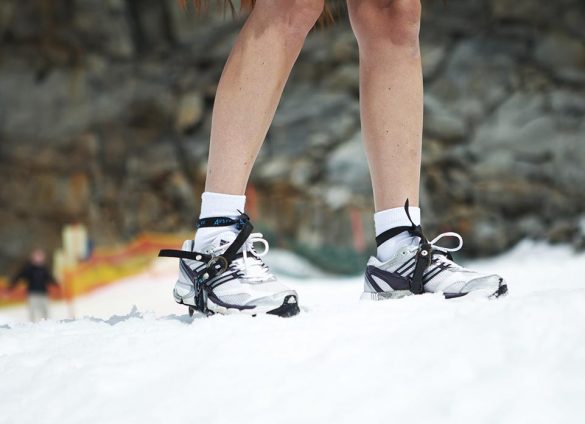 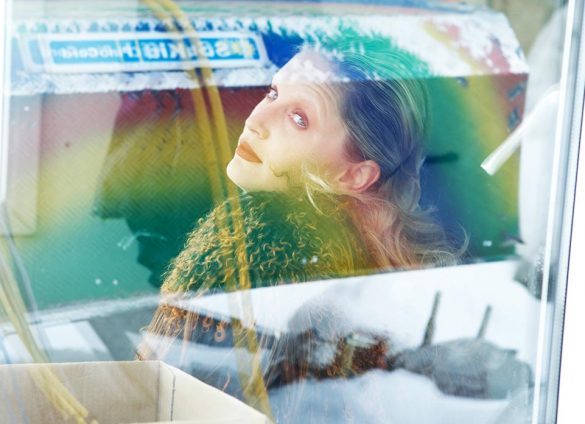 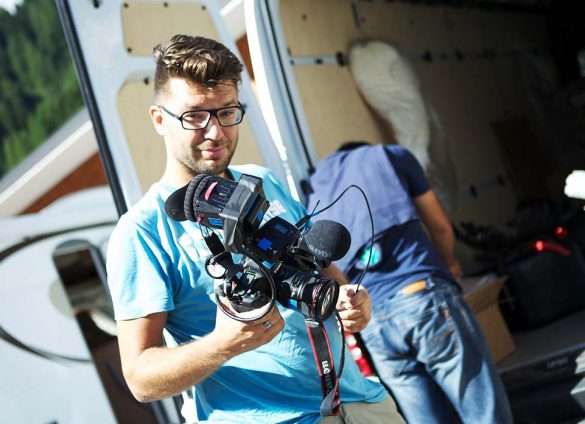 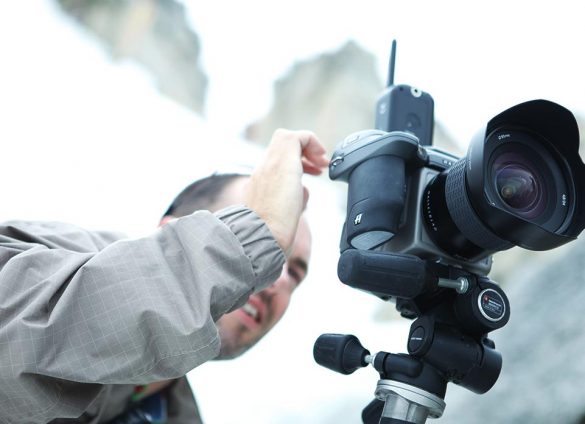 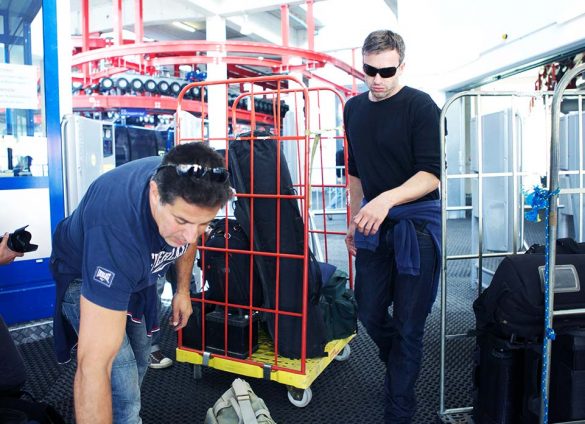 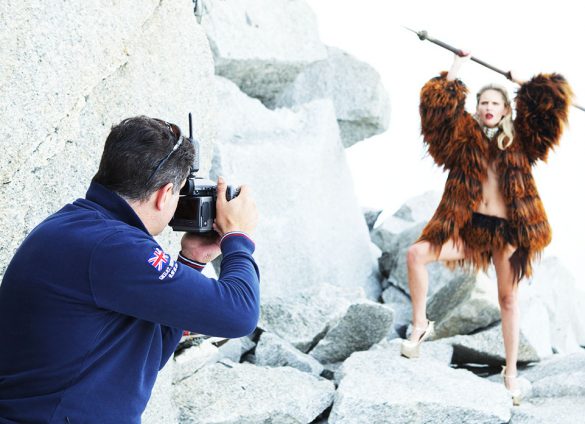